Today I got over to Plaza Hollywood at 10:45 as requested only to....you guessed it.  Wait!  This is getting to be a theme.  Oh well.  It's still good.  I got a run down on the order of events and then we sat around talking a bit and more waiting for things to begin. 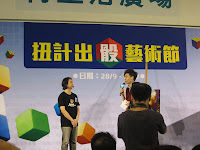 Without warning the guy on stage started talking a mile a minute!  The show had started.  First up.  Kim.  He was talking about his mosaics.  And then he showed some local celebrity how to solve a cube.  She then am up and talked for 5 minutes or so about how if she learned to solve the cube her baby would be smart...Can you all imagine what I'm thinking here?  It's not pretty I'll tell you.  I've never had time for airheads, and to add celebrity status and giggles to it....Bah!  She doesn't even deserve a snap from me.  Although, I'm sure it wasn't her fault, she's there for the publicity as are the organizers.  But really?  What is the point of that?  It was very oddly done.  The organizers wanted press coverage for the event and what they got was a local who stole the show.  Once she left the stage, the media did too.  Only the organizers photographer stuck around.  The rest followed the pregnant star.  When I asked who she was, no one seemed to know.  We must not be star struck enough. 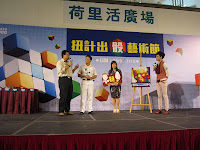 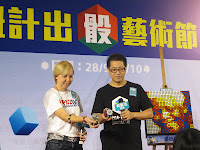 Michael and I were up next and we chatted a bit about our puzzles, not long at all.  We were then followed by someone from what I think was social services talking about how kids problems can be solved by puzzling.  A math teacher from a local secondary school came up next and he had one of his students along.


A bunch of the local puzzlers came on stage and puzzled away. 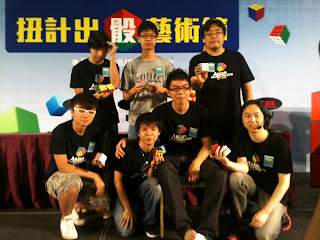 The whole event was followed by a grand finale with one of the guys solving with his feet! 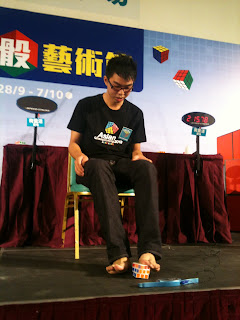 The puzzles will be on display until 7 October and the competition is from 5-7 October.

Posted by Roxanne Miller at 6:00 PM No comments:

A bit of press 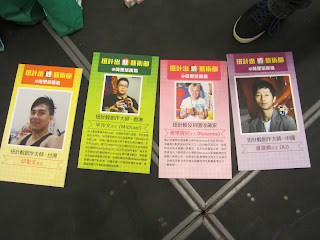 Along with those exhibitions comes a bit of press.  I've taken photos of it.  Michael has sent me more photos. I'm getting as much of it together as I can find.  I know I missed a few bits and pieces, but I thought I'd post what I've collected so far.  The photos at the top are added to the display cases for each of us displaying our toys.

Sunday we have another press release thing for the opening of the exhibition and for the competition so I'm sure there will be some after that as well.  In the mean time, here you go: 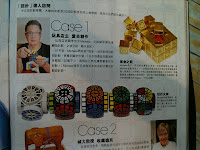 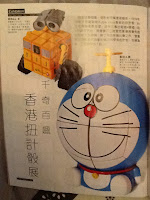 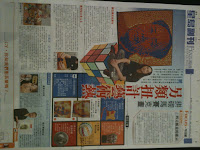 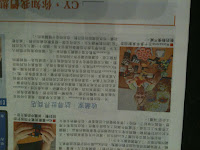 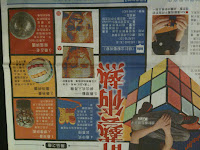 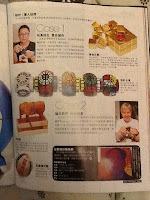 Now don't ask me what any of that means because
I can't read it.  Chinese just isn't my language.
These come out of local papers and a few local magazines as well.  There was also a nice little video coming out of a local paper that has an online edition.
A translation of that article is available here. 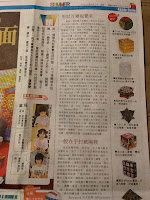 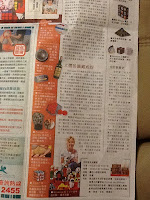 Posted by Roxanne Miller at 6:00 PM No comments: